Paul Rand was an eminent twentieth century American graphic designer and art director. He was the pioneer of iconic corporate logo designs for major companies, including IBM and ABC. He was an avid practitioner of the Swiss Style of typography and graphics and he had this to say about design…

“The public is more familiar with bad design than good design. It is, in effect, conditioned to prefer bad design, because that is what it lives with. The new becomes threatening, the old reassuring … and I blame Bill Gates.”

Okay … the last bit might’ve been me and not Mr Rand. Although if he were alive today, he would surely agree with my supposition that world has been subjected to an unrelenting barrage of ill-conceived, badly composed, poorly written and shoddily produced ephemera masquerading as graphic design.

It is unreasonable and churlish to try and deny that the digital age is the single biggest influence upon the design community today – and frankly, without it, I couldn’t do my job.

However, despite firmly embracing technology and its innumerable advantages and benefits I still remain well and truly ‘old school’ at heart. I know how to copy-fit and I can remember correcting galley proofs (look it up). Many days were spent lost in the haze of Magic-Marker induced highs whilst preparing mock-ups and visuals for client presentations – I even marked-up photographic prints ready for commercial presses by using overlay film and maths for goodness sake! I fondly remember the days when PS3 wasn’t a high-end gaming console, but my first installation of the design industry’s premier photo-editing software. I can still use a ruling pen (I think) and I have lost ‘nearly an arm-full’ of blood over the years through the carefree wielding of a Swan graduated stainless steel scalpel loaded with a number 10A surgical blade.

How this traditional skill set influences and informs my current output is a subject for another day, but for the time being I would simply like to share my top three ‘tools of the trade’ that continue to evoke fond memories and may prompt other designers of a certain vintage to share their own thoughts of the industry from ‘back in the day. 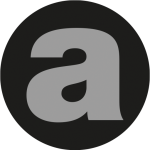 The colour of money

5 ways I can boost your business